5 leadership lessons from a Startup 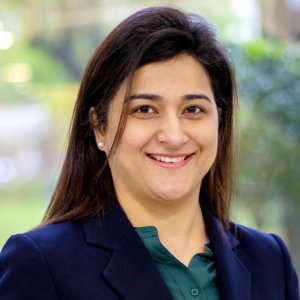 In the time I’ve led Human Resources at Riversand, I had the opportunity to observe excellent leaders in action. Although the company is almost twenty years old, its culture still resembles a start-up because of how fast it is growing and the current leadership style. Reflecting on this, I distilled five key observations about leadership that can be applied to start-ups and mature companies alike:

1. When evaluating team members, put your “opinion machine” on pause. We’ve heard about not judging books by their covers and that not all glitter is gold; First impression, second and third for that matter, need to be just that — impressions. The quietest person at the table may be the most productive, and conversely, the person who talks the most might not be great at following through. Be patient, observe beyond the surface, watch actions and results before you make decisions about the value of the people on your team.

2. Think “yes” before “no.” Growth is fueled by ideas, lots of ideas. Yes, most ideas that your team generates will not be viable, but there’s really no way to know which will work when they are first proposed. Encourage your team to share their ideas with you no matter how crazy they might seem, and be willing to test some of them out. There may be something transformational in there.

3. Don’t just foster teamwork make it the way things are done. Success is no longer attained through individual brilliance (if it ever really was). Collaboration is the critical success factor, and the best teams produce results that are greater than the sum of its members. They also work well together, recognizing that no one person can do it all. Ensure that each team role is clear and that there is mutual respect and good communication between members. Introverts, extraverts, thinkers, and feelers can all work well together when they understand the differences and needs of each person on the team.

4. Balance your participation. No one works well if they are being micro-managed. On the other hand, leaving people to their own devices and only showing up to give a thumbs-up or thumbs-down decision does not serve you, the team, or the company. Think of yourself as a coach — you have the vision and the conviction that success is attainable, and you will do whatever you need to do to bring out the best in your people. Step back and create space when needed, and roll up your sleeves and get into the middle of things when your participation will encourage, inspire, and motivate.

5. Say “no” when it’s in the team’s best interest. In any company, no matter the size, there is often an emphasis on getting things done. Move! Move! Move! Check the box and move on to the next thing! There is always so much to do, it can be easy for people who take pride in their work to become consumed. If there is an unspoken belief that the number of hours worked is proportional to results produced, change it. If you have a long list of priorities that is likely to spread your team too thin, there is serious risk of burnout. Think of the work in terms of a marathon rather than a sprint; set a steady pace and be sure to maintain it. Stop and prioritize: What are the two or three most important items to focus on first? Point the team to those, and add the next priority as a previous one is completed.

The common theme in these five lessons is “having heart.” Another way to say it is “being human.”

A great leader uses heart as well as mind in the way they manage people and make decisions.

They can admit to error and clearly demonstrate their interest in contributions of thought and deed by the people they lead. Further, they value team members’ personal lives as much as their professional lives and work to strike a good balance between the two. This balance fosters excellence in each individual and in the company at large.

About The Author – Saloni Sachdev